My Anniversary with the Land Down Under

I love Australia. I always have. Even when I was a young girl I would dream of going to that exotic land and camping in the Outback and having a koala as a pet. Okay, maybe not the camping part, but I definitely wanted a koala or kangaroo as a pet. My parents and grandparents pacified me by giving me stuffed versions of them. I was good with that. 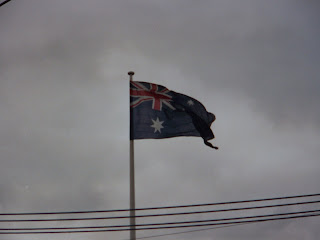 Fast forward a lot of years. In September of my junior year of college I was attending (as any good BSUer did) our Mississippi Baptist Student Union Conference. All of us BSUers from colleges and universities from all over Mississippi would gather at the beginning of the year and sort of kick off the year of goals we wanted to achieve, including summer missions opportunities for the next summer. Sitting in the missions breakout session several of us read over some of these opportunities and gasped when we saw "Australia" as one of the countries to serve in. I remember the whole classroom buzzing with "Oh, I am going on that trip for sure!" And my heart sank as I read the description of the project. "Puppet ministry, drama, opportunities for singing and youth work." This position was hand made for me. I had been the director for the puppet ministry at school, was currently in the drama troupe, had sung as a soloist as well as in several ensembles, and had worked with youth on several occasions. It couldn't have been more perfect for me. Why did my heart sink? Because I had never been on a long-term mission project. Normal procedure was that if you hadn't been on summer missions before, you wouldn't go international, no matter how qualified you were. I knew that there were so many more people qualified for this job that had been on summer missions that I might as well get over it.


But my heart wouldn't get over it. There was a constant thought in the back of my mind all year long about that once in a lifetime opportunity. When the time came for summer missions applications to be filled out, I applied for the position. Trying not to get my hopes up, I went through the lengthy process, both with my school and with the state BSU mission board. My BSU director, Tracy, happened to be on the Missions Committee, which we both thought would work in my favor, but were careful not to put too much stock in one person's opinion. I went through the written application and was asked to come to the face to face interview with the entire Missions Committee. A very daunting interview, to say the least. The candidate had to sit surrounded by three tables, each table with committee members sitting at it. They then asked me all types of questions, none of which I remember because I was so nervous then I wanted to throw up and couldn't possibly remember anything!

After that interview we had to wait for the decisions. I couldn't wait to hear. The other position I was qualified for and was my second choice was Puerto Rico, but I really, REALLY wanted Australia. A few nights later a call came for me down the hall at the pay phone our hall shared (you can tell how long ago this was...no cell phones!). It was my director. She said, "Heather, I have your summer missions assignment." That was it. I stood there about to go into apoplexy when I finally screeched, "Well, WHERE IS IT?" She responded, "You are going to..." dramatic pause..."AUSTRALIA!"

My scream could be heard all over the dorm. I couldn't believe it. I had been chosen out of all those other students! I knew that it was a God thing, and I've never believed anything else. He was all over that decision.

My departure date was set for June 9, 1991, but to say I had a lot to do before then was the understatement of the year... 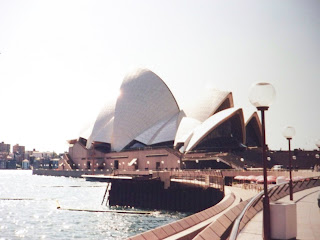 to be continued...
Written by Heathahlee at 1:32 PM

I've got to tell you though, I laughed when I read "Director of Puppet Ministry". What a great title! I think I'll call you DPM for short. ;-)

I just typed in "Reminder" on Google Images and that crazy cat on the Vespa photo came up. Glad you got a laugh!

Good story...you and P.W. have a lot in common!

Except for the fact that I wasn't in the conceiving business while I was there! :)

Dude,I was NINE when you went to Australia???? Somehow I thought I was a little older... and I didn't know that that was thru BSU either... cool. :)

Yes, you were NINE, and I found some stuff you drew for me before AND after my trip and it made me smile today!

Hi Heathahlee! Thanks for stopping by and visiting me...so when are you gonna finish the story huh huh??? And I am so going to make that taco ring...mmmmmm yum!

my word--what you went through to go on this mission trip--I cannot wait to see what came of this aussie adventure!

is jess your sister? i'm so behind.